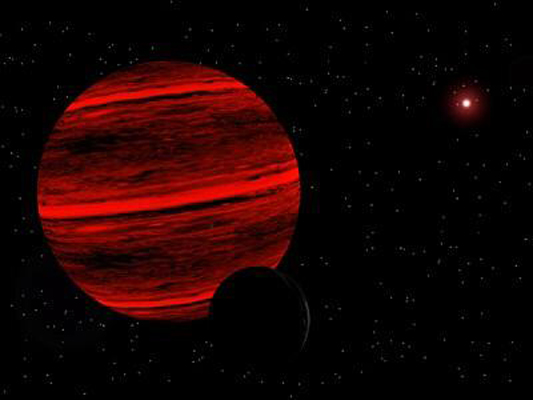 the Lost Book of Enki

Synopsis of the First Tablet read tablet 1
Lamentation over the desolation of Sumer
How the gods fled their cities as the nuclear cloud spread
The debates in the council of the gods
The fateful decision to unleash the Weapons of Terror
The origin of the gods and the awesome weapons on Nibiru
Nibiru's north-south wars, unification, and dynastic rules
Nibiru's place in the solar system
A dwindling atmosphere causes climate changes
Efforts to obtain gold to shield the atmosphere fail
Alalu, a usurper, uses nuclear weapons to stir volcanic gases
Anu, a dynastic heir, deposes Alalu
Alalu steals a spacecraft and escapes from Nibiru

Synopsis of the Second Tablet read tablet 2
Alalu's flight in a nuclear-armed spacecraft
He sets his course to Ki, the seventh planet (Earth)
Why he expects to find gold on Earth
The solar-system's cosmogony; Taiamat's water and gold
The appearance of Nibiru from outer space
The Celestial Battle and Tiamat's breakup
Earth, half of Tiamat, inherits her waters and gold
Kingu, Tiamat's main satellite, becomes the Moon of Earth
Nibiru is destined to forever orbit the Sun
Alalu's arrival and landing on Earth
Alalu, discovering gold, holds Nibiru's fate in his hands

Synopsis of the Third Tablet read tablet 3
Alalu beams the news to Nibiru, reclaims the kingship
Anu, astounded, puts the issue before the royal council
Enlil, AnuâÃ Ã´s Foremost Son, suggests on-site verification
Ea, Anu's Firstborn and a son-in-law of Alalu, is chosen instead
Ea ingeniously equips the celestial boat for the journey
The spaceship, piloted by Anzu, carries fifty heroes
Overcoming perils, the Nibiruans thrill by Earth's sight
Guided by Alalu, they splash down and wade ashore
Eridu, Home Away from Home, is established in seven days
Extraction of gold from the waters begins
Through the quantity is minuscule, Nibiru demands delivery
Abgal, a pilot, chooses AlaluâÃ Ã´s spaceship for the trip
Forbidden nuclear weapons are discovered in the spaceship
Ea and Abgal remove the weapons of terror and hide them

Synopsis of the Fourth Tablet read tablet 4
The Nibiruans hail even the small gold delivery
Tests of gold's use as an atmospheric shield succeed
Additional heroes and new equipment are sent to Earth
Gold extraction from the water continues to disappoint
Ea discovers gold sources that need deep mining in the Abzu
Enlil, then Anu, come to Earth for cruical decisions
As the half brothers quarrel, lots decide the tasks
Ea, renamed Enki (Earth's Master), goes to the Abzu
Enlil stays to develop permenent facilities in the Edin
As Anu prepares to leave, he is attacked by Alalu
The Seven Who Judge sentence Alalu to exile on Lahmu
Anu's daughter Ninmah, a medical officer, is sent to Earth
Stopping off at Lahmu (Mars) she finds Alalu dead
A rock, carved to resemble Alalu's face serves as his tomb
Anzu is given command of a Way Station on Lahmu

Synopsis of the Sixth Tablet read tablet 6
To the incredulous leadership, Enki reveals a secret:
In the Abzu there roams a wild Being akin to the Anunnaki;
By augmenting its life essence with that of the Anunnaki,
It can be upgraded to be an intelligent Primitive Worker.
Creation belongs to the Father of All Beginning, Enlil shouted
We will give our image only to an existing being, Ninmah argued
Badly needing gold to survive, the leaders vote Yes
Enki, Ninmah, and Ningishzidda Enki's son begin experiments
After many failures the perfect-model Adamu is attained
Ninmah shouts triumphantly: My hands have made it!
She is renamed Ninti ("Lady of Life") for her achievement
Ninki, Enki's spouse, helps fashion Ti-Amat, a female Earthling
The Earthlings, being hybrids, mate but do not procreate
Ningishzidda adds two essence branches to their Life Tree
Discovering the unapproved ongoings, Enlil expels the Earthlings

Synopsis of the Seventh Tablet read tablet 7
Returned to the Abzu, Adamu and Ti-Amat bear children
Earthlings proliferate, working in the mines and as servants
Enlil's grandchildren, the twins Utu and Inanna, are born
Anunnaki couples bear other offspring on Earth
Climate changes cause hardships on Earth and on Lahmu
Nibiru's orbital nearing is accompanied by upheavals
Enki and Marduk explore the Moon, find it inhospitable
Enki determines the constellations and Celestial Time
Bitter about his own fate, Enki promises supremacy to Marduk
Anu gives command of a new spaceport to Utu, not to Marduk
Enki encounters and mates with two Earthling females
One bears a son, Adapa, the other a daughter, Titi
Keeping his parenting a secret, Enki raises them as foundlings
Adapa, highly intelligent, becomes the first Civilized Man
Adapa and Titi mate, have two sons: Ka-in and Abael

Synopsis of the Eighth Tablet read tablet 8
Adapa's wide understanding amazes Nibiru's savants
On Anu's orders Adapa is brought to Nibiru
An Earthling's first-ever space journey
Enki reveals Adapa's parenting truth to Anu
Enki justifies his deed by the need for more food
Adapa is sent back to start farming and shepherding
Enlil and Enki create crop seeds and sheep lines
Ninurta teaches Ka-in crop cultivation
Marduk teaches Abael shepherding and toolmaking
Fighting over water, Ka-in strikes and kills Abael
Ka-in is tried for murder, sentenced to exile
Adapa and Titi have other offspring who intermarry
On his deathbed Adapa blesses his son Sati as his heir
A descendant, Enkime, is taken by Marduk to Lahmu

Synopsis of the Ninth Tablet read tablet 9
Mankind proliferates; Adapa's line serves as royalty
Defying Enlil, Marduk espouses an Earthling female
Celestial disturbances and climate changes affect Lahmu
The lgigi descend to Earth, seize Earthling females as wives
The promiscuous Enki begets a human son, Ziusudra
Droughts and pestilences cause suffering on Earth
Enlil sees it as fated retribution, wants to return home
Ninmah, aged by Earth's cycles, also wants to return
A mystery emissary warns them not to defy their destiny
Signs increase of a coming calamitous Deluge
Most Anunnaki begin to depart back to Nibiru
Enlil enforces a plan to let Mankind perish
Enki and Ninmah start to preserve Earth's Seeds of Life
The remaining Anunnaki prepare for the Day of the Deluge
Nergal, Lord of the Lower World, is to issue the warning

Synopsis of the Tenth Tablet read tablet 10
The mystery emissary appears to Enki in a dream-vision
Enki is told to save Mankind through his son Ziusudra
By subterfuge Enki directs Ziusudra to build a submarine
A navigator comes aboard, bringing Earth's seeds of life
Nibiru's approach causes the Whiteland's icesheet to slip
The resulting tidal wave engulfs the Earth with water
The remaining Anunnaki bewail the calamity from Earth orbit
The waters recede; Ziusudra's boat rests on Mount Salvation
Descending in a Whirlwind, Enlil discovers Enki's duplicity
Enki convinces Enlil it was destined by the Creator of All
They use the surviving Landing Platform as a temporary base
In a Creation Chamber there, crops and cattle are fashioned
Abundant gold is discovered in the Lands Beyond the Seas
New space facilities are established in the olden lands
They include two artificial mounds and a lion-shaped carving
Ninmah offers a peace plan to resolve erupting rivalries

Synopsis of the Eleventh Tablet read tablet 11
The spaceport's land, Tilmun, is declared a neutral zone
It is granted to Ninmah, who is renamed Ninharsag
Marduk gets the Dark Lands, the Enlilites the Olden Lands
Marduk's grandsons quarrel, Satu murders Asar
Impregnating herself, Asar's wife Asta bears Horon
In aerial battles over Tilmun, Horon vanquishes Satu
The Enlilites deem it prudent to prepare another spaceport
Enki's son Dumuzi and Inanna, Enlil's granddaughter, fall in love
Fearing the consequences, Marduk causes Dumuzi's death
Seeking his body, Inanna is put to death, then resurrected
Inanna launches a war to seize and punish Marduk
The Enlilites break into his hideaway in the Great Mount
They seal the uppermost chamber to entomb Marduk alive
Marduk's wife Sarpanit and his son Nabu plead for his life
Ningishzidda, knowing the Mount's secrets, reaches Marduk
Marduk, his life spared, goes into exile
Enki and Enlil divide the Earth among their other sons

Synopsis of the Twelfth Tablet read tablet 12
The soil dries, plains and river valleys are resettled
Plentiful gold comes from the Lands Beyond the Seas
Anu and his spouse Antu arrive for a memorable visit
Reminiscing, the leaders realize they are Destiny's pawns
They allocate three regions of civilization to Mankind
Pardoned by the departing Anu, Marduk remains rebellious
The First Region and space facilities are Enlilite lands
Man's first civilization begins in the First Region (Sumer)
Marduk usurps a site to build an illicit launch tower
Frustrated by the Enlilites, Marduk seizes the Second Region
He deposes and exiles Ningishzidda (Thoth) to distant lands
He declares himself Ra, supreme god, in a new religion
He introduces Pharaonic reigns to mark a new civilization
Enlil assigns his son Ishkur to protect the metal sources
Inanna is granted dominion in the Third Region (Indus Valley)

Synopsis of the Fourteenth Tablet read tablet 14
Babili, Marduk's chosen center, survives the calamity
Enki sees it as an omen of Marduk's inevitable supremacy
Enlil ponders the past, Fate, and Destiny
Accepts Marduk's supremacy, retreats to faraway lands
The brothers bid a sentimental good-bye
Enki sees the Past as a guide foretelling the Future
He decides to commit all as a record for posterity.
Colophon by the scribe Endubsar

- source for transcription: the Lost Book of Enki.pdf

- source for the source: http://www.scribd.com/doc/248787/Zecharia-Sitchin-The-Lost-Book-of-Enki